Raphael in Rome is once in a lifetime

Raphael in Rome is once in a lifetime

He was the most beloved artist of his time. He died young, at the age of 37, and completely unexpectedly. We are talking about Raphael, with Leonardo and Michelangelo, the great master of the Renaissance.

The large retrospective on Raphael in Rome is open again. It had opened on March 5th, but had to close after a few days due to the lockdown.

I have a short and simple advice: go to it now! 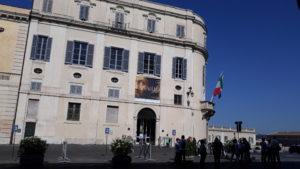 The exhibition in itself is once in a lifetime. The visit takes place in small groups of about ten people. You won’t get it emptier, all your attention to the works. However, you do have to hurry, because in each room you get 5 minutes and then you have to move up per group. In total, the visit takes about an hour and a quarter.

The subtitle of the exhibition is ‘1520-1483’. This has to do with the fact that as a visitor you start with the death of Raphael and end up in his teenage years. A kind of reversed version of a film after Raphael’s life. An original set-up, but for those who don’t know Raphael very well, it’s not the best way to get to know the man & his work better. 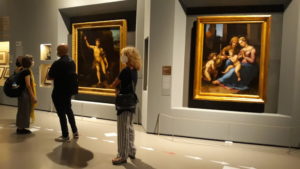 What top pieces do we see?
120 works by Raphael himself, including an estimated 20 oil paintings. These are spectatular, because you’ll probably never get them all together again. The Scuderie has loaned works from all over the world, such as from the Louvre (Paris), the National Gallery and the British Museum in London, the Prado (Madrid), the Metropolitan Museum (New York) and the Albertina (Vienna). Thanks to all those works you can experience so well the development of the artist: how he started in Umbria, went to Florence and how he ended up in Rome. Well, his reverse development. 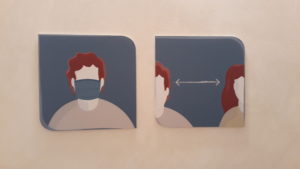 There are also things that are not so good about this exhibition.

The new Italian film museum couldn't find a better place than in Cinecittà in Rome, the mecca of Italian film. The musuem that opened...
Read more
Current Affairs

Italy has a Ministry of Ecological Transition as of today*. This will form the core of the new Italian government. Italian Prime Minister Mario Draghi,...
Read more
Rome

Collosal opportunity Grab that chance. Visit the Colosseum now, and you almost will have one of the most famous monuments in the world to yourself....
Read more
Load more