The new Italian film museum couldn’t find a better place than in Cinecittà in Rome, the mecca of Italian film. The musuem that opened last December is a true experience. 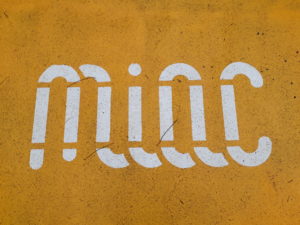 The museum has found a place in the “Laboratorio di Sviluppo e Stampa”, the film development laboratory of Cinecittà, the famous film studios of Rome. Once Federico Fellini, Vittorio De Sica and other great directors of Italian film went here, undoubtedly with tense faces, to see the final result of their work.

The laboratory has been a thing of the past since the digital age.

So it’s a great place to show the grandiose past of Italian film. The MIAC, as the museum is called in short, is not a museum in the old-fashioned sense of the word. It is more an experience where all the senses are touched, not just the eye and the ear.

On a relatively small area (1650 square meters) the visitor is guided by staff from one space to another. They organize it like that because in every room runs a (highly original) projection in a loop of a few minutes. Maximum attention has been paid to the form and aesthetics of the exhibition, and is a feast for the eyes (ears, etc.), we can conclude after an exclusive pre-visit.

There is hardly any text, and not much in English either for the time being. We stick to the cliché that an image says more than 1000 words.

Each of the seven spaces has a theme that is typical of cinema and especially Italian film, such as ‘landscape’, ‘food’ and (Italian) ‘language’. A separate room is reserved for film music, one of the area’s where the Italians glitter.

The best experience you get in a space where a lunar or volcanic landscape has been recreated, and where the visitor walks as if (s)he is going up Mount Vesuvius. Here you get a deep feeling for Italian film. Up to your toes. 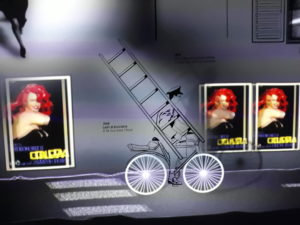 The seven spaces are located along a corridor that is flanked by a conveyor belt on which the developed film used to be brought to the entrance (which is now also the entrance to the museum). Here more than a couple of winners of the Oscar (Golden palm, Golden bear, David of Donatello, Nastro Argento and Globo d’Oro and you name it all) have received their work. Sacred ground for film lovers.